I met Chol 9 years ago. His story is an extraordinary one. He does not know when he was born, and his earliest memories are working in the fields caring for cattle. None of his family can read or write.

At a young age, Chol was forced to join the South Sudanese Army as a child soldier. Thousands of children were abducted or recruited to serve in the army both witnessing and doing horrific things. Many were given drugs and alcohol and now suffer from addiction and depression. Children who leave armed groups often struggle to adjust back into their communities.

Chol was one of the very few lucky ones. He managed to escape and find his way back home after hours alone hiking through fields and forests.

The lone highlight from his harrowing experience as a child soldier is that he learned about something called school, a foreign concept in his village. He told his parents he dreamed of attending and learning.

There was a catholic missionary school that was a 2-hour walk from Chol’s village. His parents agreed to let him attend and so he walked there every day, enduring a laborious 4-hour walk. Chol poured all his energy into school where he learned to read and write, and over time became a star student. 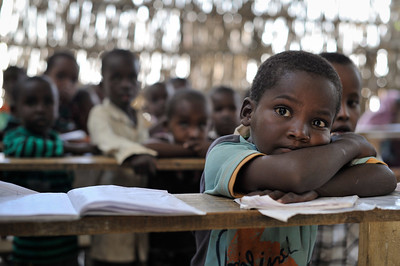 Chol was later accepted into medical school in Khartoum, Sudan.

When the referendum for independence of the South from the North took place (2011) all South Sudanese medical students studying in the North were expelled and sent to Juba, South Sudan. It is there that Chol and I met (I ran the fledgling medical school for 2 ½ years). Chol became a leader at Juba University College of Medicine and even started a peace program for students from rival tribes.

Medical school was very difficult – there was continuous conflict while South Sudan was in its own civil war and there were very few educational resources. Ujenzi funded building homes for all the medical students. Chol came to Boston, stayed at my home, and was a guest student at Harvard Medical School. Chol also joined me in teaching a Harvard undergraduate summer program two consecutive years.

After graduation, Chol worked for Doctors Without Borders and further developed a program on cross cultural peace efforts. In early 2017 Chol was accepted into the most prestigious pediatric training program in East Africa, at Kenyatta National Hospital and the University of Nairobi.

Ujenzi has supported Chol financially for the past 9 years including:
• Tuition at the University of Nairobi
• Other training expenses, food, books, housing
• Taking care of Chol’s formerly homeless mother including funding for a small house and her living expenses

After three rigorous years of study and clinical training, I’m excited to share that as of last month, Chol is now a fully trained pediatrician! 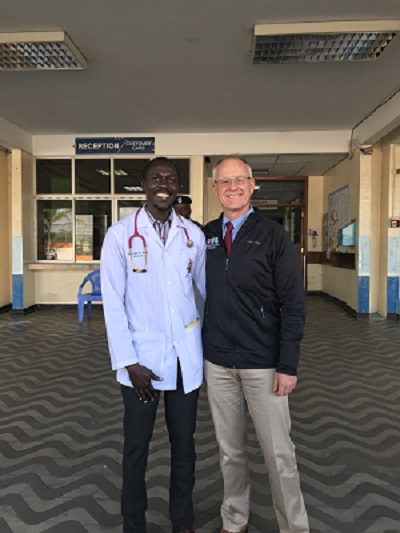 Chol is returning to care for children in South Sudan and will assume the role of the only trained pediatrician at the Juba Teaching Hospital (the National Hospital).

You can see Chol and more about South Sudan in this video:

Chol has become a dear friend and I couldn’t be happier for him. I’m so proud of Chol’s great achievements in the face of adversity and his warm resolve to now serve others in his community.

I want to take a moment to thank all of you who have supported Ujenzi over the years. Your contributions have made it possible for us to provide opportunities for Chol and many other star students who are rising agents of change in their communities and countries. Because of the Ujenzi family, Chol and the many others Ujenzi supports will make their communities and collectively our world a better place.

Thank you and do please take care,

The Ujenzi Charitable Trust is now Vayu Global Health Foundation! Saving Mothers and Babies Everywhere (Vayu Update) We Could Save Millions Of Moms (Big News) Inside the Vayu lab (behind the scenes video) Former child soldier is now a pediatrician